Registration for the 2020 Conference is now available! 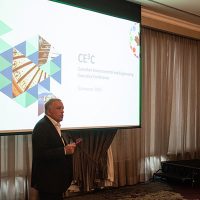 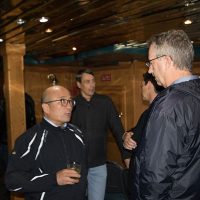 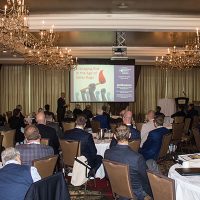 Official Conference Program will be announced in early 2020

For 2020, CE3C management team has decided on the following panel sessions:

NEW CONSULTING OFFICE IN THE 2020S

M&A AND OWNERSHIP TRANSITION IN THE AGE OF COVID-19

In addition to the panelist/speakers indicated in the panel sessions above, the Canadian Environmental and Engineering Conference was pleased to host Michael Campbell.

Michael Campbell is one of Canada`s most respected financial and business analysts, Michael is best known as the host of Canada’s top rated syndicated financial radio show MoneyTalks, and Senior Business Analyst for BCTV News on Global. His outstanding record of forecasting, including warning of the current turmoil in the financial markets months in advance, has been recognized by internationally renowned analysts like James Dines, Martin Armstrong, Greg Weldon and many more.

Last September, Michael warned of a major disruption to the world financial markets beginning at the end of January with panic setting in the last week of February. He now says that the depth of the impact of COVID19 on the economy, the credit markets, commodity prices, pensions and currencies will continue long after the health threat dissipates.  While it’s understandable that much of the coverage of the current crisis focuses on the immediate financial disruption to individuals and business, the big story going forward will be in the credit and currency markets that will be the catalyst for an historic change in the monetary system.

Michael says the international perspective he gained by attending graduate school in the UK as well as Canada before studying and working both in New York and Vancouver with Merrill Lynch, the world’s biggest investment firm at the time, was essential to gaining the international perspective necessary to understand and anticipate the risks and opportunities in the aftermath of the current crisis.

Attending executives are required to submit a simplified, high-level survey to gauge how the attending executives view key issues impacting the industry. These key issues include sustainable growth, mergers and acquisitions, sector commoditization, employee engagement, and future of the industry. The survey results will be presented at the beginning of the conference and details shared with all delegates on a confidential basis.  This benchmarking study was first begun in 2018 and helps set the tone for many of the conference discussions.  For details on this survey and past results, please contact Leroy Banack.

Close
Back to
Login
×