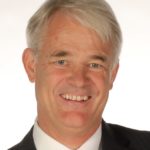 Michael Campbell is one of Canada`s most respected financial and business analysts, Michael is best known as the host of Canada’s top rated syndicated financial radio show MoneyTalks, and Senior Business Analyst for BCTV News on Global. His outstanding record of forecasting, including warning of the current turmoil in the financial markets, months in advance, has been recognized by internationally renowned analysts like James Dines, Martin Armstrong, Greg Weldon and many more.

Last September, Michael warned of a major disruption to the world financial markets beginning at the end of January with panic setting in the last week of February. He now says that the depth of the impact of COVID19 on the economy, the credit markets, commodity prices, pensions and currencies will continue long after the health threat dissipates.  While it’s understandable that much of the coverage of the current crisis focuses on the immediate financial disruption to individuals and business, the big story going forward will be in the credit and currency markets that will be the catalyst for an historic change in the monetary system.

Michael says the international perspective he gained by attending graduate school in the UK as well as Canada before studying and working both in New York and Vancouver with Merrill Lynch, the world’s biggest investment firm at the time, was essential to gaining the international perspective necessary to understand and anticipate the risks and opportunities in the aftermath of the current crisis. 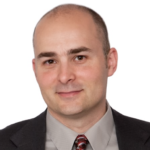 Claudiu knows what it takes to protect data and digital information: he has lectured at major academic institutions, presents lectures on privacy the University of Toronto, created Canada’s first course on fintech cybersecurity. He created Canada’s first methodology for information security assessment in healthcare and has introduced security awareness education to companies of all sizes.

Claudiu is a published author and a frequent guest and technology contributor to national media of all things involving cybersecurity, privacy and online safety. A certified professional across many facets of information technology and data protection, Claudiu Popa is also an academic researcher who speaks authoritatively on diverse topics ranging from social media ethics to immediately applicable advice for preventing catastrophic situations.

Claudiu explains complex topics in concise terms, eliminating technobabble in favour of substance. His timely presentations help to shine a spotlight on today’s most important trends, helping audiences stay ahead of the curve & be prepared for future shifts.

His career has been shaped by a passion for protecting the intangible assets driving the world’s economies. A big-thinker who understands the details of technological innovation, Popa has the unique ability to illustrate, captivate and entertain as he educates his audience about a broad range of fascinating topics.

Close
Back to
Login
×